You are using an outdated browser. Please upgrade now to a modern browser in order to benefit of all our site's features: Chrome, Firefox, Opera, Safari or Internet Explorer

We can arrange to pick up the guests from the Airport/Railway station by taxi at actual cost. If guests are interested in sight seeing, the same also can be arranged at additional cost – the actual cost of taxi only. 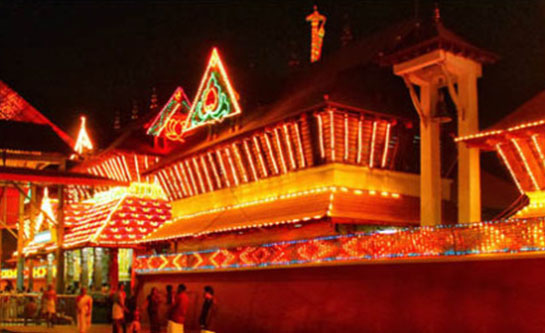 Nelluvai is a typical remote village in Kerala. There are several temples in and around Nelluvai. The temple festivals have elephant processions, classical group drumming and wide variety of fireworks. Moreover, the snake worshiping festivals are very common in the premises. These festivals are normally celebrated during January, February, and March every year. 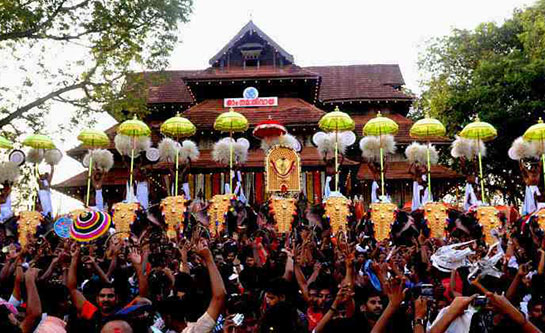 Guruvayur (The temple of Sreekrishna) the most famous pilgrim centre in Kerala is only 20 kilometres away from Nelluvai. The great attraction of Guruvayur is the elephant park where there are more than 60 tamed elephants. Thrissur, the District headquarters is known as cultural centre of Kerala. Thrissur is only 30 kilometres from Nelluvai. During April & May Thrissur vibrates with temple festivals. The Thrissur Pooram is the most attractive festival of Kerala. Millions of people visit Thrissur on the Pooram day. Pooram presents about hundred elephants with decorated headgear and colourful umbrellas. There are museums and excellent shopping centres in Thrissur. Two beautiful waterfalls and a well-maintained water theme park are about 60 Kilometres from Nelluvai.

Kerala Kalamandalam, Cheruthuruthy, the famous school of classical arts where teaching methods are in the ancient Gurukulam system, is about 25 Kilometres away from our centre. This is a centre of attraction for many a western people.

The weather in Kerala in general is tropical. There will be heavy rains during June – July. August – September will have moderate rains, but will be normally bright. November, December and January will be cool, though during November; there will be showers during night for 10-15 days. February will also be pleasant, though by the end of February the summer starts. March April and May will be quite hot.

The temperature during June to October will vary from 22 to 27 degree C and that during November, December and January will be 18 to 30 degree C. Temperature in February, March, April and May vary from 22 to 35 degree-C. Kerala being a coastal area, humidity is high. But Nelluvai enjoys a better condition as this place is not very close to the sea.